Written by Jeunesse Park on February 27, 2018. Posted in Give Back.

Being able to say, “I told you so” is not gratifying. In fact, it is profoundly disturbing.

For the past few years I have been warning all who would listen that we are heading for the day when you switch on your tap and nothing comes out. Sometime towards the end of last year “Day Zero” for Cape Town was announced. Now I feel like I am living in the dystopian future I spent most of my life trying to avoid through my work and activism. Living in a city drying up has added a pervasive level of stress to daily life.

It is immensely frustrating that Government still refuses to learn from or take offers of help from cities like Singapore and Perth, or Israel (a country of water expertise) that have successfully solved similar water supply and demand issues.

Aside from the criminal lack of response from the Department of Water Affairs and others purportedly in charge of caring for our water and wellbeing, no one can deny that the climate has changed. Wild weather is the new norm. Disasters related to droughts, floods, and other extreme weather events now occur globally. A UN study indicates an average of 335 weather-related disasters occurred annually between 2005 and 2014, nearly double those recorded from 1985 to 1995. Yet here, as the water tumult grows, there is a nervous avoidance of references to climate change.

It is a fact that as air warms it expands, which allows it to hold more moisture. This, in turn, increases evaporation and precipitation, which generally makes dry areas drier and wet areas wetter. 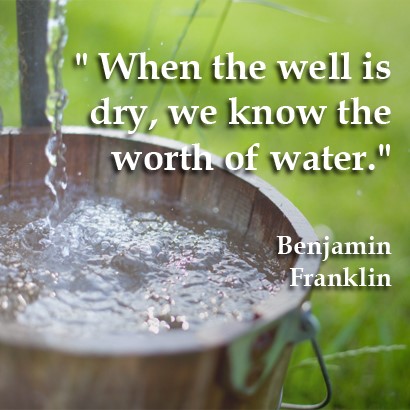 We live in a water-scarce country here at the southern tip of Africa, and, sadly, as predicted by climate science for decades, this intense drought is just the beginning.

Threats of ill health, anarchy and army-controlled queues of millions attempting to get their daily 25 litre allowance and lug it back home have resulted in a sea of social media offering response strategies.  Unfortunately, emotions run high and there is much disinformation.

Bottled water, water saving devices, containers and tanks have disappeared from shelves as a result of panic buying. Aggressive behaviour in queues for spring water and supermarket aisles is already common.

A positive consequence of an impending Day Zero is that most citizens have woken up to the fact that water is a precious and necessary resource. On the promenade, in bus queues, coffee shops, dinner table conversations, in shebeens, in countless informal discussions and in global media, water talk dominates.  Morbid jokes like the proposed new tourism ad, “Come to Cape Town for a dirty weekend” also abound.

As a nation we have survived apartheid and seriously awful governance in recent years. We are a resilient people and this existential water crisis could bring out the best in us. Cape Town could lead the way for the other eleven global cities on the brink of running out of water. Let us rise to the challenge.