To Moscow via Mongolia … in the Tsar’s Gold Train

In July last year, Chartered client Darrell Adrain, embarked on her adventure of a lifetime: a Trans-Siberian rail journey from Beijing to Moscow via Mongolia on the Tsar’s Gold Private Train. Here is her account of a trip that she describes as “a real bucket-list trip that I can highly recommend!” Enjoy her adventure along with her. 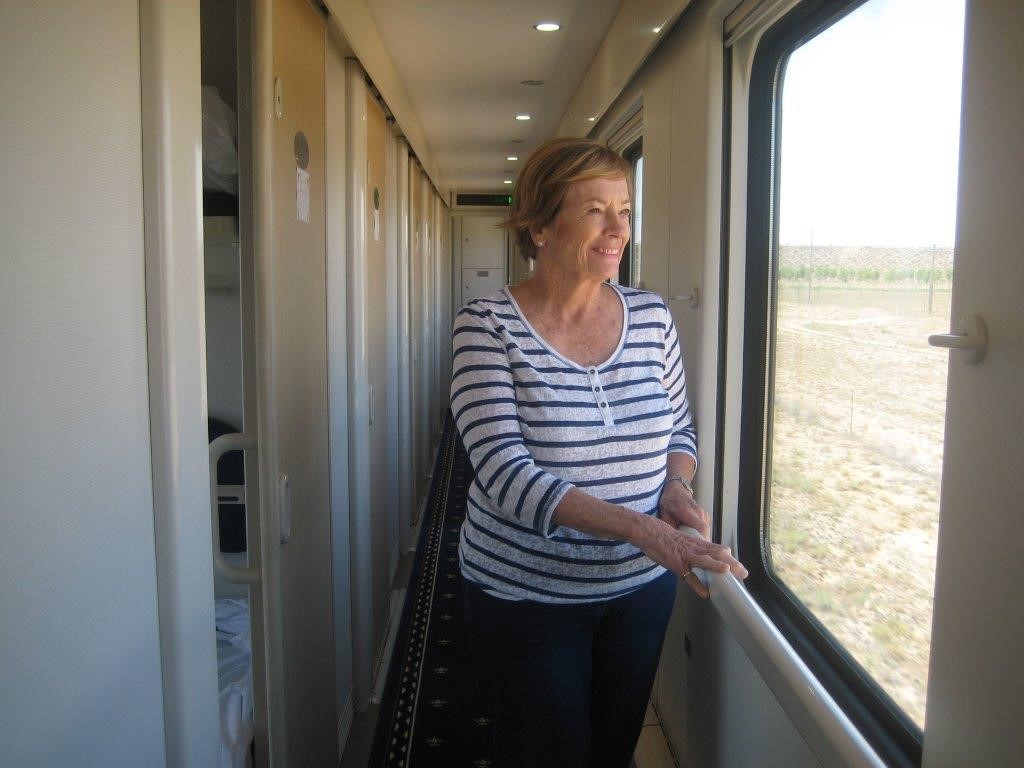 It took some courage to embark on this journey on my own since being widowed. I joined a group of 15 people, of similar age and with the same love of travelling. The tour was organised from beginning to end by a travel agency in Simon’s Town, which specialises in journeys to unusual destinations.

Departing on 4 July, we flew to Beijing where we spent three days visiting highlights: the iconic Temple of Heaven, the Great Wall of China, the Sacred Way, Tiananmen Square and the Forbidden City – all sights I had never seen before.

Our exciting train journey began with a crossing over the Gobi Desert at night in a clean and comfortable Chinese train that glided over the rails. The Desert – which is only two percent desert – comprises mainly dry gravel planes and sandstone cliffs. There are great reserves of coal, copper, gold uranium and other minerals; it is estimated that up to 10bn tons of coal exist beneath the golden sands of the Gobi Desert.

Having crossed the border into Mongolia, we were welcomed onto the Tsar’s Gold Train: 21 carriages, three dining cars. The train was designed and built in St Petersburg as the Tsar and his staff’s mobile office while they travelled across Russia in the early 20th century. The team of dedicated staff included an onboard doctor (carrying a huge emergency medical backpack) and a tour director.

On the Tsar’s Gold Train In addition to our group, there were 120 other tourists on the train, representing 16 different nationalities. Each group had it own leader, with Russian guides travelling with us all the way to Moscow.

How luxurious were our compartments! Red velvet curtains and carpets, two single beds with a table between, vodka and fruit, re-charging plugs under the table, wood panelling with ornate gold designs, a newly renovated shower room, and two new toilet and basin rooms at each end of the carriage. Our conductors (a married Russian couple) looked after us day and night, ensuring clean ablutions, hot water for tea and coffee, and neat beds with turned-down covers.

Our dining car was sumptuous: beautifully laid tables for four; varied four-course menus for lunches and dinners; breakfasts were English and Continental (fruit, yoghurts, cereals, nuts, eggs to order). The Russian-styled meals always comprised a salad starter, a bowl of delicious soup, a main course of fish, meat, chicken, pasta and desserts of different kinds, followed by tea and coffee. We ordered drinks which we paid for at the end of the trip in either Euros or USD.

Our first stop, on 10 July, across the rolling grasslands was Ulaanbaatar, capital of Mongolia, an unbelievably bustling city! The country’s total population is three million and one million live in the capital city. There were traffic jams and no shortage of latest cars: Lexus, Merc, and the newest SUV! The economy is booming owing to huge mineral and mining deposits, and livestock farming. The country’s GDP grew 10-fold between 2000 and 2012.

It was the Nadaam Summer Festival. Everyone wears splendid cultural clothing and comes to town to celebrate and to see traditional wrestling, archery and horse-riding events.

We explored Mongolian temples and Buddhist monasteries. We visited the Gorkhi-Terelj National Park situated in the Mongolian Alps, where locals displayed their competitive talents in horse-riding, archery and wrestling. The largest equestrian statue (40m high) in the world is made of 90 tons of steel: Ghengis Khan on his horse holding his famed golden whip. What a spectacle! We climbed up through the statue to see the view of the undulating countryside.

Mongolia is a beautiful country and it was a surprise for all of us. Friendly people invited us into their home, a yurt (comfortable round canvas tent-like structures, heated by coal fires, hence Ulaanbaatar has the worst pollution in the world). Ulaanbaatar is also the coldest capital in the world, with minus 41degrees C in January. 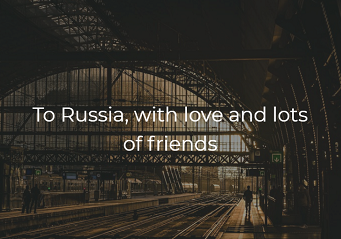 To Russia, with love and lots of friends

Read about Darrell’s next chapter