Norma and Rhys Rolfe continue their annual exploration of a new city, this time it is the sanctuary for cyclists, Stockholm.

We have spent a wonderful four days in this lovely city of islands. We were fortunate in booking a campsite on an island close to the centre of the city, very close to the cruise ships. Stockholm is made for cyclists, and it really is a pleasure cycling around the city with everyone obeying the rules – we never feel vulnerable.

The city gets its water from Lake Malaren in the middle of the city, where swimming and fishing are allowed. You can catch salmon and other fish species here. It is all so clean. We wanted to empty our grey water down a water drain at one of the camp sites on the sea, and the harbour master was very upset: he said that water drained into the sea. We emptied it down a special drain.

We have seen the famous Vasa museum where the old man of war, the Vasa ship, is housed (www.vasamuseet.se/en). It was one of the largest and ornate ships of the time in 1668. It capsized on its maiden voyage, because it was top-heavy. It lay on the sea bed for 333 years before being raised in 1961. It was in perfect condition because the Baltic is very cold and the water is brackish, so woodworms do not live.

We also visited the ABBA museum which brought back many memories. A Hop-Off Hop-On bus tour and a boat ride on the waterways gave us a better impression of the city. We have seen the Royal Palace, one of the largest in Europe and it is still used for the purpose it was built for.

We head north tomorrow, with daylight getting longer and longer.  We have had wonderful weather with temperatures rising to 24◦.

It must be very difficult getting used to this climate and working conditions. In winter, the temperatures drop down to -27◦, and the lakes and sea freeze up around the city. People in the tourist business have two jobs, and it is almost the same as coming out of hibernation. Many summer businesses are only opening now.

Vasa Ship at the Vasa Museum in Stockholm 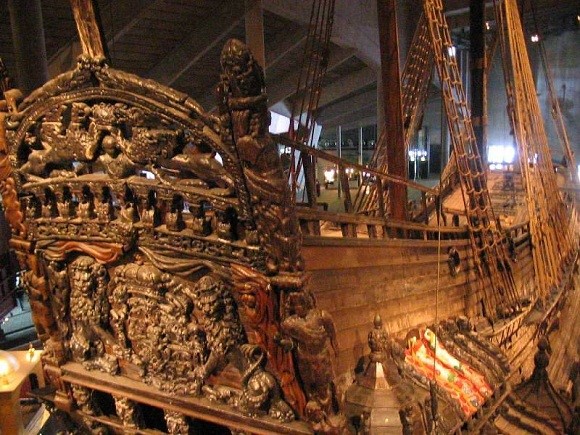 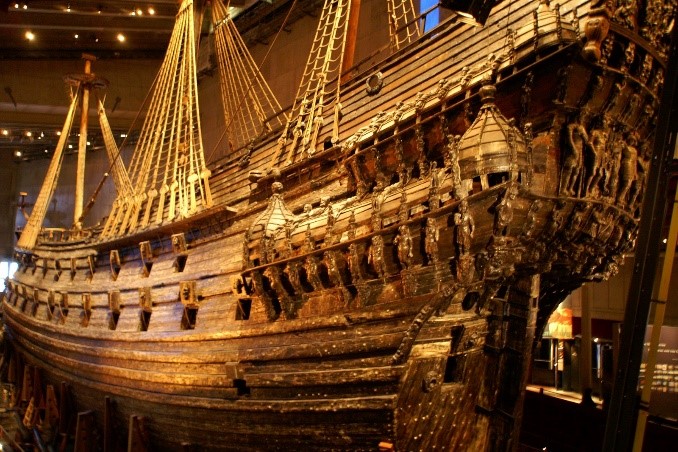 Vasa Ship at the Vasa Museum in Stockholm 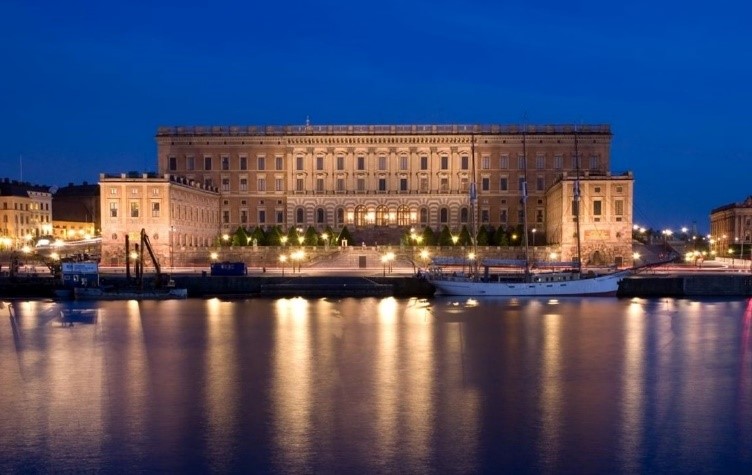