Not daunted by solo travel, Isla is setting her sights on the next destination 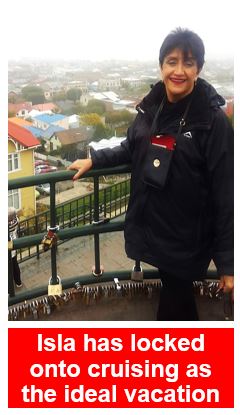 “When I retired at the age of 73, I decided that part of my bucket list was, simply, to see the world.  I worked for the South African branch of the Jewish National Fund for thirty-five years, fifteen of which were also spent with the SA Zionist Federation.  During all that time I travelled extensively, so after retirement I decided to go to places I had never visited before.”

Isla Feldman had a brilliant career which focused on helping the people of both Israel and South Africa, particularly in the area of conserving natural resources such as water and trees.  She is still involved in community-based projects in Mamelodi, but now has the time to channel energy into planning her trips abroad.

Cruising is her chosen option.  “There are several key advantages: you only unpack once, all your meals and entertainment are taken care of and you can select where you want to go from a vast array of options.  It’s a win-win situation,” she explains.

In 2016, Isla travelled on Cunard from Hong Kong, visiting Singapore, Malaysia and Sri Lanka, amongst other places.  “It was a great trip and I learned a lot about how to take a cruising vacation, and also what not to do.”

This year, Isla went around South America on the Holland America Line ship Zaandam that started in Buenos Aires and included stops in 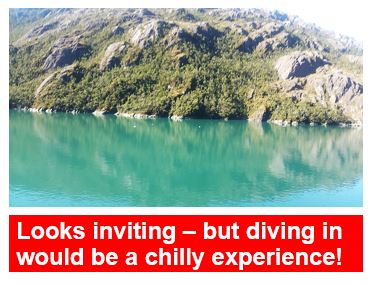 Montevideo, Ushuaia, the Falklands and the Chilean ports of Punta Arenas and Santiago.   The infamous Cape Horn crossing, famed for its wild seas and not recommended for the faint-hearted, was done twice on the cruise.  “The trip was like a cultural journey through Europe,” she explains.  “Buenos Aires was completely Spanish, Puerto Montt had some obvious German influences while the Falklands were like a part of pastoral England.”

What about Cape Horn?  “It was not as bad as I thought it would be.  There were huge rolling seas and it was freezing cold, but you were fine if you took the anti-seasickness meds long before you reached the roughest parts.  And the views up the fjords in Chile, with their glaciers spilling into the ocean, were amazing.” 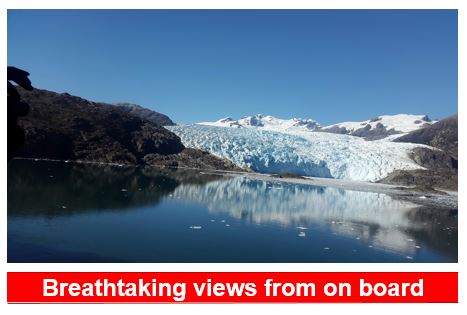 Any advice for potential cruise travellers.  “Yes, definitely.  I suggest people use a small, individual travel agent, where you get personal service.  There are also numerous details that you need to check very carefully and a small agency will do this better: visas, drinks packages on board, the cost of shore excursions, tipping.  Remember that people in foreign countries often speak no English.  Make sure you have enough medicines to cope with potential illnesses and take scripts for others, just in case.” 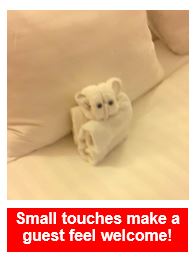 Where to next for Isla?  “Oh, probably Japan, or Australia and New Zealand and maybe India.  I want to see some tigers.”

So who knows where this intrepid traveller will go next.  Wherever it is, be sure that she will love it.  “Cruising is the best holiday for an older person,” are her parting words.