Chartered Certified Financial Planner and Intrepid Explorer, Sybille Essmann, shares how a simple idea to challenge her colleagues and share her travel experiences has become a relationship-building and educational exercise.

I play a game with my colleagues every Friday morning.

I send to all of them, via email, a photograph that I have taken somewhere, sometime on my Bucket Wheel travels.  My colleagues read the caption: “Where in the World …” and they know the race is on!  The first to come up with the correct answer gets rewarded with a steaming cappuccino from our local coffee shop. It is gratifying to observe the lengths to which some go to identify the location correctly.

Recently, the mystery image was of the historical Bridge over the River Kwai in the Thai town with the magical name of Kanchanaburi, close to the Myanmar border.  A new young colleague, Lebogang Moseamedi, cleverly followed a previous clue I had given: all answers can be found in my extensive travel blogs. Guess who won the weekly prize!

This bridge is testimony to a heart-wrenching World War II history in which over 100 000 souls (16 000 British, Australian and Dutch POWs, and 90 000 Asians) perished in attempting to build the Death Railway for the Japanese, which would have connected Thailand’s capital Bangkok to Rangoon in Burma. It symbolises the futility of war, because these young lives were lost in vain as the railway line, although completed, was ultimately never used.

But the bridge also represents the resilience of the human capability to forgive and absolve. Eric Lomax, a survivor and author of the autobiographical The Railway Man which was made into a film, was such a man. He had to face his demons and eventually made peace with his jailer and they became lifelong friends.

Since that photo was taken, a lot of water has passed under that bridge (metaphorically speaking). I have seen and encountered some of the most remarkable and fascinating places on Earth and I consider it to have been part of my rite of passage.

Today it gives me untold pleasure building my personal bridge and planting a seed of inquisitiveness in the minds of my young co-workers. 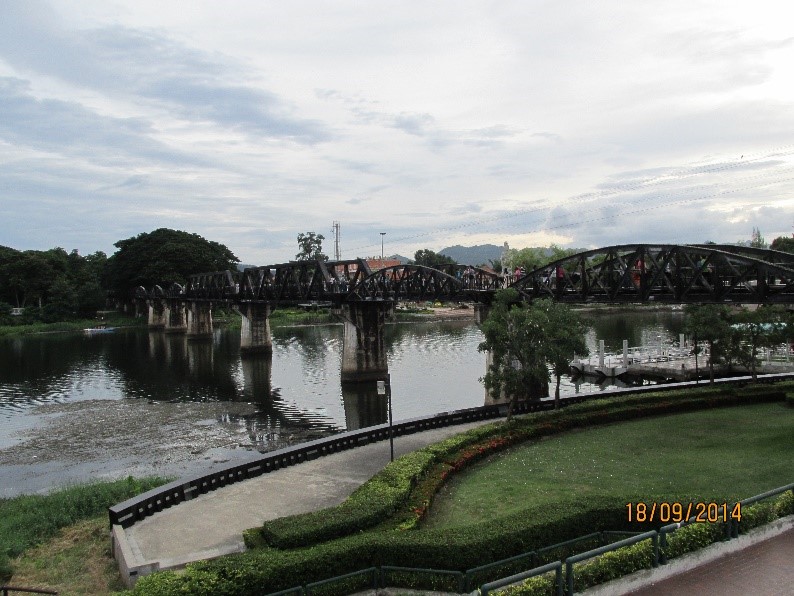 The Bridge over the River Kwai