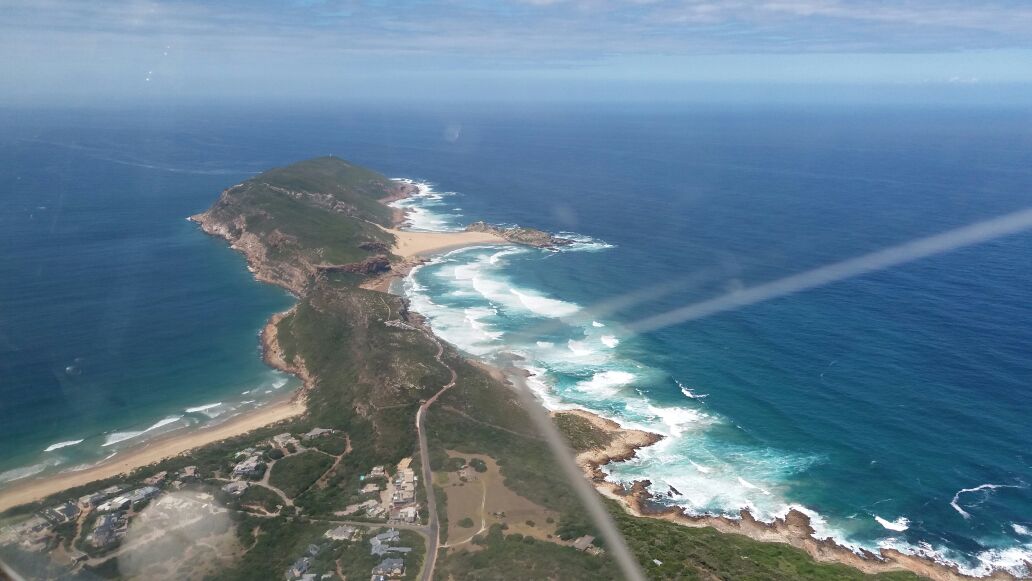 Such a person is Stew Lithgow, pilot extraordinaire.

“I simply love flying, always have done,” he explains.  After training on the legendary Harvards, Stew embarked on a 36-year career with South African Airways, ending up as a training captain flying airbus A340s on the airline’s various international routes.

But that wasn’t enough for the flying-hungry pilot.  “I was also a member of the Flying Lions aerobatic team, flying Harvards and Pitts Specials.  I was also part of the team that landed the SAA Boeing 747 at Rand Airport, an aircraft that is still on display there today,” he says.

In 2012, Stewart, a Chartered Wealth client, retired from SAA to Plettenburg Bay with his wife, Kathy.  Would this be the end of his flying career?  Not a chance. 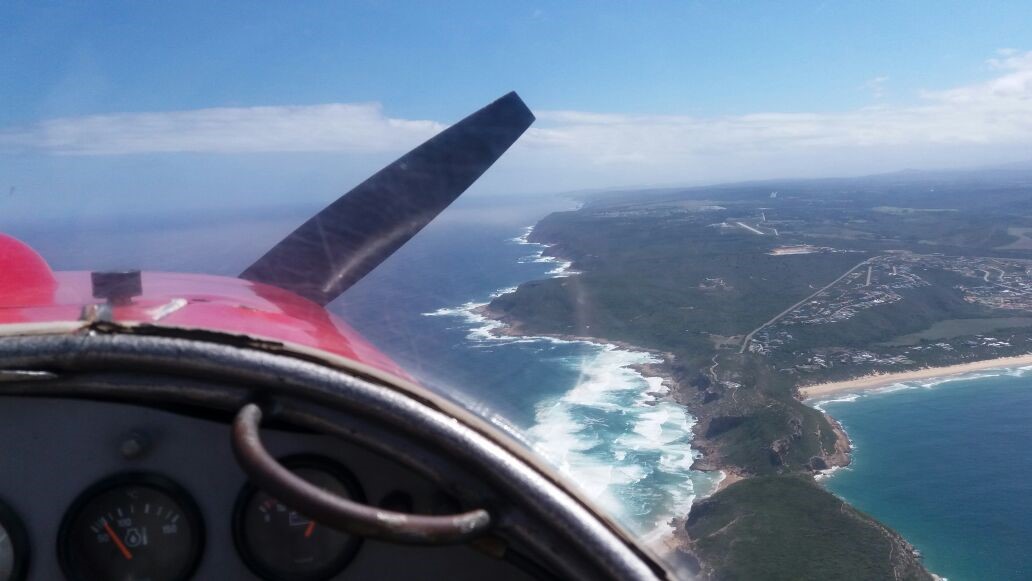 Who can boast such a beautiful view from their workplace window?

“I own a small aerobatic plane that I used to commute back and forth from Johannesburg to Plett, where we had a holiday flat. I was also involved in flying my glider, a Motor Falke. After I retired, I now offer training flights in either the small aerobatic plane, an RV7, or the glider,” he explains.

To say that these flights are spectacular is a major understatement, a fact that Stew’s many passengers have attested to over the years.  “I am so busy now,” he says.  “In tourist season I am booked solid.  I love it.”

Clients can take a training flight in either the glider or the aerobatic plane.  Glider flights are of thirty minutes duration.  “The glider flight is 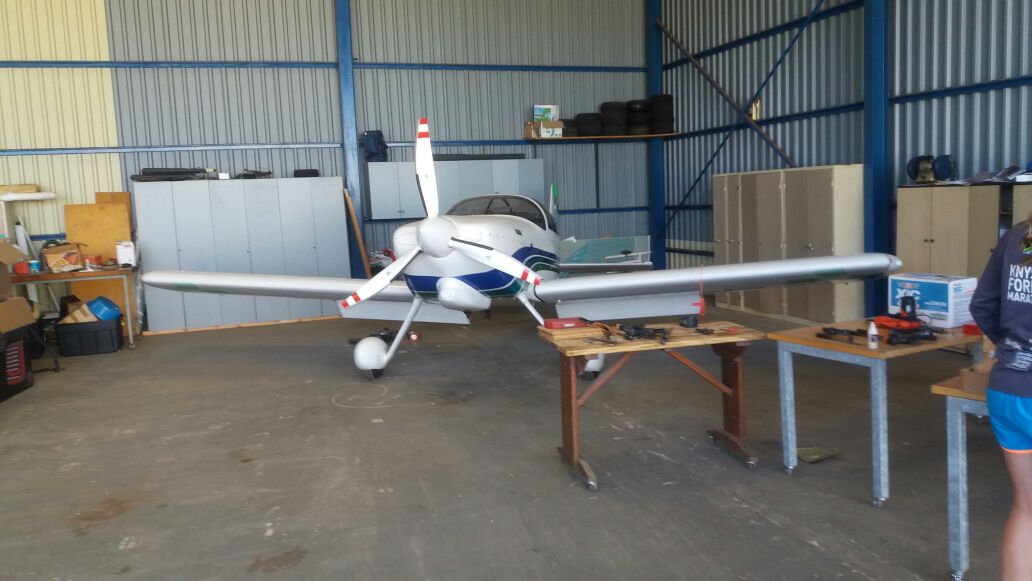 much slower and more relaxed,” he explains.  We take off from Plett airport, fly over the Robberg Peninsula, where we often see great white sharks and even whales in the season.  Then, past the Beacon Island Hotel and Lookout Beach, where we sometimes drop right down to wave level, and then onto Keurbooms and even as far as Nature’s Valley.  On the way home, I switch off the engine and we glide home for the landing.  I give passengers the opportunity to handle the controls and we fly the aircraft if they want to.”

The aerobatic flight is another story.  “For the excitement-addicts, we go in the smaller plane, the RV7.  Our action-packed introductory training flight includes loops, barrel rolls, straight rolls and stall turns, where the passenger experiences high ‘G’ manoeuvres.  But I tailor the aerobatic manoeuvres to the client’s nerves, tolerance and comfort levels.  Some people need less excitement than others,” he says with a wicked grin. 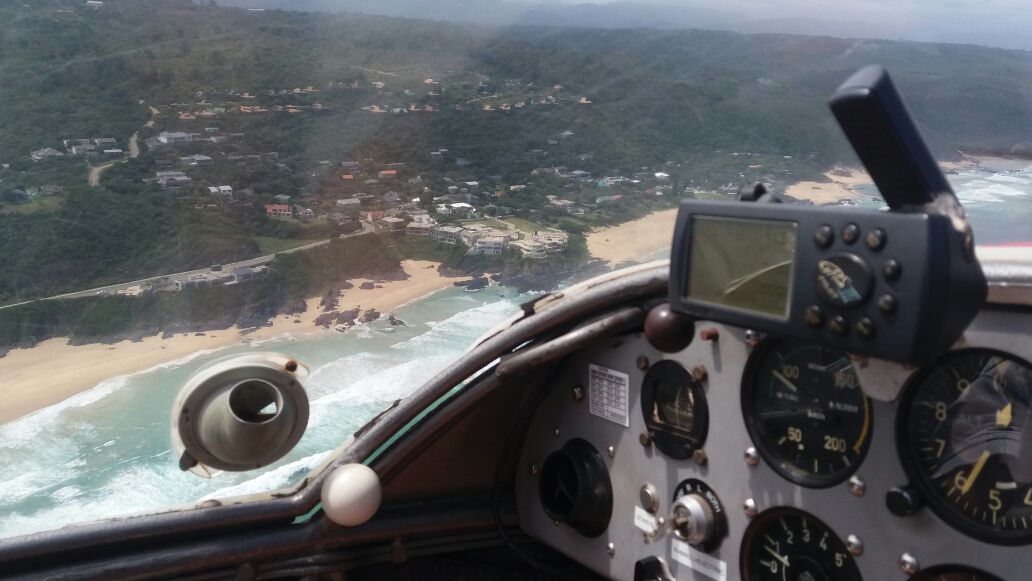 How busy is Stewart?  “Many of my passengers are from overseas, but locals and holidaymakers love it too.”

Passion, skill, commitment and sharing are part and parcel of Stewart’s flourishing business.  “I am blessed because I do what I love in the company of excited and interesting people.  I could not wish for a better retirement package.”