Failing future – Are we out of time?

Written by Jeunesse Park on August 2, 2018. Posted in Give Back.

Retire Successfully Retirementor, Jeunesse Park, writes to us from Los Angeles, having spent a week in Mexico City. There, she says, the pollution is so extreme, that her eyes burned unrelentingly, and she felt like she had been a long-term smoker.  Jeunesse expresses her frustration at the seeming inaction of the powerful and influential to promote climate change, but she is heartened by the growing exposure given by such mainstream media as The New York Times, The Guardian, The Post and others. They are finally sounding climate alarms loudly and continuously.

It is 2018 and we are living in a new climate reality. 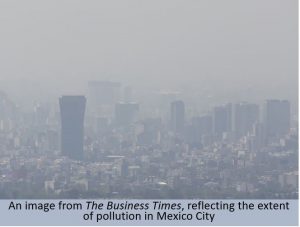 millions of lives are shattered.

The physical effects are disastrous. The economic impacts are still to be calculated, comprehended and will play out over decades. One thing we do know … anthropogenic climate disruption is here to stay.

We have warmed the earth by only one degree centigrade since the Industrial Revolution and the results are already catastrophic. Scientists are pretty sure that if we stay on this current fossil fuel trajectory we are on a path to a two to five degree warming.  Permanent drought in parts of the world, fires, more intense weather, hurricanes, floods, heatstroke, starvation and associated disease and suffering will soon become the norm. At four to five degrees our species will falter, fall, and fail.

How have we let it come to this?

Warnings have been sounded since the 1950s (some even earlier at the turn of the century) that our rampant fossil fuel consumption and concomitant emissions were a dangerous experiment with earth’s atmosphere. Most scientific debate – on how our spewing out of excessive carbon was altering life on this planet – was settled by 1980. Further conclusive research papers have since been published, and hot air has been blown out at many global conferences.

Those of us who have realised the danger of inaction have exhorted world leaders, big business and citizens to rally. We have had every opportunity to act, but we have not. Instead, we now disgorge more noxious greenhouse gases daily than ever before.

We are a shortsighted species, unable to grapple with the consequences of our actions and their threat to our future. We are obsessed with gratification in the present and seemingly have no ability to learn from our mistakes and change direction. So, business continues as usual whilst millions suffer and our very survival is threatened. 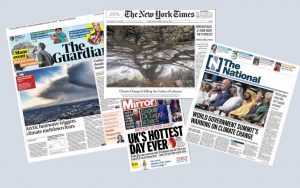 Explaining our inaction to our children and grandchildren is more than challenging. Trying to instil hope that we can defy an inevitable dystopian future is overwhelming. Yet, hope we must. I am not giving up. I will continue to communicate what I witness and understand, to draw on my knowledge and experience to facilitate change and action where I can.

This year of climate disasters has hit mainstream media worldwide and awareness is growing. Young people are collaborating and challenging the justice, or rather injustice, system. The surge of technological solutions is encouraging.

My hope is in our essential human resilience and innovation.