Do you see the red flags waving?

Written by Alan Hosking on October 5, 2015. Posted in Purpose.

Red flags are associated with danger. Despite technological advances, we still encounter red flags to warn of pending danger. In most cases, people drive past without paying much attention to them – never a wise thing.

At the moment, the traditional taxi industry in South Africa is up in arms about the perceived threat that Uber Cabs present to their livelihood. They are campaigning to have Uber Cabs declared illegal. This is actually the least of their worries. Were they to connect the dots, they would see a much more frightening red flag signalling the beginning of the end of taxi drivers.

But before I reveal that red flag, a quick and interesting history lesson …

When the first motorised vehicles appeared on public roads in the UK in the 19th century, the taxi drivers of the day 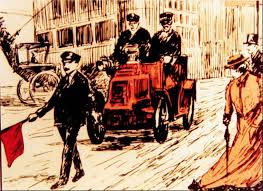 quickly saw the threat they presented to their livelihood and pressured the powers that be to protect their livelihood. British Parliament duly passed three Acts – The Locomotives on Highways Act 1861, The Locomotive Act 1865 and the Highways and Locomotives (Amendment) Act 1878. These soon became known as the Red Flag Acts because they were essentially designed to restrict the use of motor vehicles on public roads. Their main feature was the stipulation that a man had to walk in front of every motorised vehicle waving a red flag to warn people of its approach. This effectively forced motorised vehicles to drive at the speed of a walking person, allowing horse drawn cabs to maintain their superiority, and for their cab drivers to retain their jobs.

Those Acts were abolished in 1898 and motorised vehicles were set free on public roads. And those horse drawn cabs and their drivers? They disappeared for ever.

Now back to Uber Cabs. The existing taxi industry is complaining that Uber Cabs is undercutting their prices, enticing their customers away from them because of convenience, response time and price.

Existing taxi drivers need to forget about Uber Cabs and start worrying about a much bigger red flag waving: driverless cars. Already, four states in the US have introduced legislation permitting driverless cars on their roads. Manufacturers of driverless cars claim that their cars will be on the roads in the next five to 10 years. 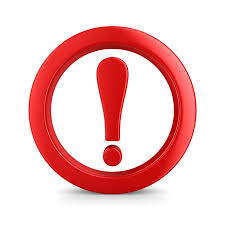 Do you see the red flag? Driverless cars will, in time, not replace the taxi industry, but will replace most, if not all, taxi drivers. Oh, you say, “Who’s going to collect the fare?”

Uber Cabs already do that online so that’s no deal breaker.

Can you see how a fleet of driverless cars will be much more profitable for taxi companies? Imagine … No salaries for taxi drivers, no employee issues. The list of benefits goes on.

Are taxi drivers going to stop this? They’ll probably try. But it’s like trying to stop the waves on the sea shore. Impossible. What they should start doing is getting skilled for something else because five to 10 years is not very long.

Of course, the same red flag may be waving for truck drivers also.

But you might not be a taxi or truck driver. What do red flags have to do with you? The question to ask yourself is, “What red flags are waving in my field of expertise and what should I be doing about them?”

Keep an eye out for red flags as you progress along the highway of your career. Don’t ignore them. If you do, you risk getting caught off guard. If you spot them and respond appropriately, you will be better placed to seize the new opportunities that present themselves rather than weep over what you’ve lost to the unstoppable progress in our world.