Consider the impact of your wealth on the planet

Written by Jeunesse Park on September 17, 2015. Posted in Give Back.

At a lunch with John and Kim at Chartered Wealth a few months ago, I raised the topic of fossil fuel divestment.

We have heard of divestment before – it was used to fight against apartheid in South Africa, when countries and companies disengaged as a protest. It is the opposite of investment and is thus about removing investment capital from stocks, bonds or funds. In this instance, it is related to oil, coal and gas companies (amongst the richest businesses in the world) to reduce the major cause of climate change, carbon emissions. 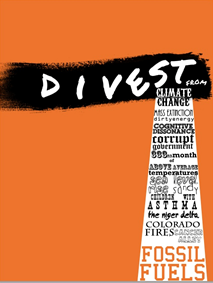 assets in fossil fuel companies. It has grown rapidly and is gaining ground, with more than 220 institutions now signed up. This includes heirs to the Rockefeller oil fortune, San Francisco, Seattle and Oslo, the world’s largest sovereign wealth fund, Norway’s Government Pension Fund Global, The Church of England, the World Council of Churches (representing half a billion Christians worldwide) and the Lutheran World Federation of churches, with more joining all the time.

There are many other clear signs that the end is nigh for coal and other fossil fuels.

The G7 recently announced an end to fossil fuels by the end of this century – a bold call, though according to most scientists this will be too little too late to keep temperatures from rising more than the “safe” cap of 2 degrees centigrade.

Standard and Chartered pulled out of a major coal mining development in Australia recently that will threaten the Great Barrier Reef and blow a hole in the global carbon budget.

Obama’s Clean Power Plan aimed at reducing CO2 emissions from the power sector sees a move away from fossil fuels; “I am convinced that no challenge poses a greater threat to our future and future generations than a changing climate.”

And our own Bishop Tutu, spokesperson for FossilFreeSA, says, “People of conscience need to break their ties with corporations financing the injustice of climate change”. 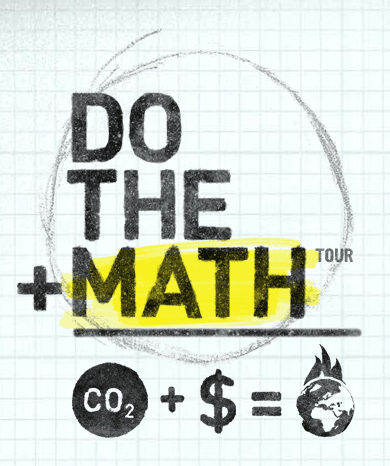 The Pope has added momentum to the movement by big institutions to sell holdings tied to fossil-fuel stocks. His encyclical states: Humanity is called to recognise the need for changes of lifestyle, production and consumption, in order to combat warming, or at least the human causes which produce or aggravate it…The problem is aggravated by a model of development based n the intensive use of fossil fuels, which is at the heart of the worldwide energy system.
Even The World Bank has come out in support of the financial argument for divestment with President Jim Yong Kim saying, “Every company, investor and bank that screens new and existing investments for climate risk is simply being pragmatic”.

So, if like me, you are concerned about the quality of life on this planet for your children, grandchildren and beyond, it is time to consider where you are investing, and what the impact of your wealth is on the planet and the future.