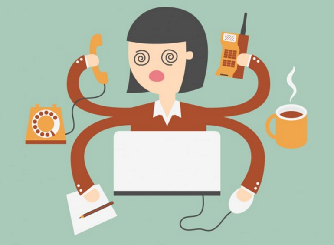 Written by Clients in Action on August 2, 2017. Posted in Money.

At eighty years, my father was still working, albeit from home. When he later fell and broke his leg, though, everything changed.

This was duly done and signed, but I discovered that it was not sufficient for the banks. They had their own Power of Attorney that had to be signed and authorised. As Dad was still ‘working’ and had business bank accounts, this involved me in finding out how all this worked, who his accountant was, and so on. Between my parents and the business, there were six bank accounts with which I had to familiarise myself.

I was able to collect and sign for cheque books and transact on the accounts via Internet Banking, which I had not previously used!  To save my mother going into the bank to transact and draw money, I carried out the transfers and payments for her via Internet banking, drew money from the ATMs and delivered it. She required copies of the bank accounts each month and an account of all transactions I had carried out for her and Dad. She was a hard taskmaster!

Fortunately for my husband and me, my mother had accumulated sufficient money on which to live in my parents’ retirement. Mum had had a couple of financial advisors who did her tax. One did not tell her he had become ill, and had allowed her financial affairs to get into a mess.

She then employed another person to whom I took an instant dislike, not usual for me. My mother was an astute judge of character, and I could not understand how she could trust him. Sure enough, he was lax and incurred fines from SARS for late submissions. Fortunately, she had her wits about her and questioned why there were the extraneous payments to SARS. She forgave him a couple of times and fired him the next time!

She then asked SARS to visit and help her, a service they offered for Senior Citizens at that time. They omitted to include a huge amount of money that my mother pointed out to them. Then she undertook to do her own tax. I drove her there and accompanied her. She insisted on doing it herself and succeeded in confusing the SARS person!

Alas! In my wisdom, I suggested that I take over her tax affairs, not in my wildest imaginings understanding exactly what I had taken on, as my financial affairs were extremely simple as I had no major investments! It was baptism by fire, but I was not giving up at the start of the road. I also discovered that to do someone else’s tax, you need yet another Power of Attorney, a SARS one that lasts only two years. Three weeks of eight or nine hours a day later, I got the tax for three years sorted out, visited the SARS offices and submitted the necessary.

All was finally sorted out.  I still do her tax, much to her relief and my terror!